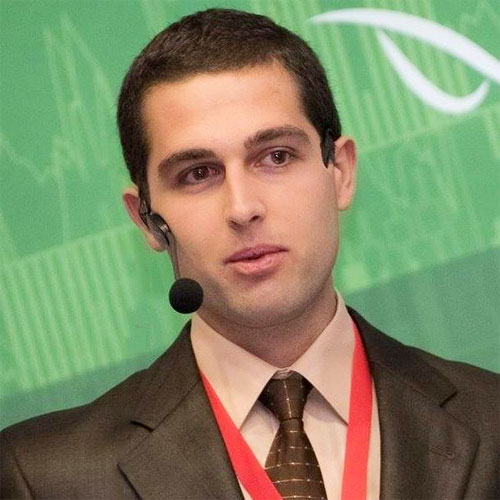 Dimitar Voutchev began his journalistic career in 2012 in the monthly journal "Ikonomika". He continues to evolve in Investor.bg, where he was deputy editor-in-chief, and after that - in television Bulgaria ON AIR and "Capital Daily".

Before entered serious in journalism, Dimitar Voutchev gaining experience in economic research and analysis of public policy at the Institute for Market Economics and at the Expert Club of Economics and Politics. He is a member of the Bulgarian Macroeconomic Association.

Dimitar Voutchev is a graduate of the French Language School in Sofia. He is also Bachelor of Political Economy and Macroeconomics at the University of National and World Economy (UNSS) and Master of Finance from the Higher School of Insurance and Finance (VUZF). In Bloomberg TV Bulgaria Dimitar Voutchev hosts show "In Development" with Veronica Denizova and Delyan Petrishki, that airs from Monday to Friday at 12.00 and 18.00. He is also editor-in-chief of Bloomberg TV Bulgaria, including site bloombergtv.bg.

Viewers know him from his previous appearances as host of another Bloomberg TV Bulgaria's shows - Investbook and Invest/Or, as well as his market analysis on the weekday program on television.