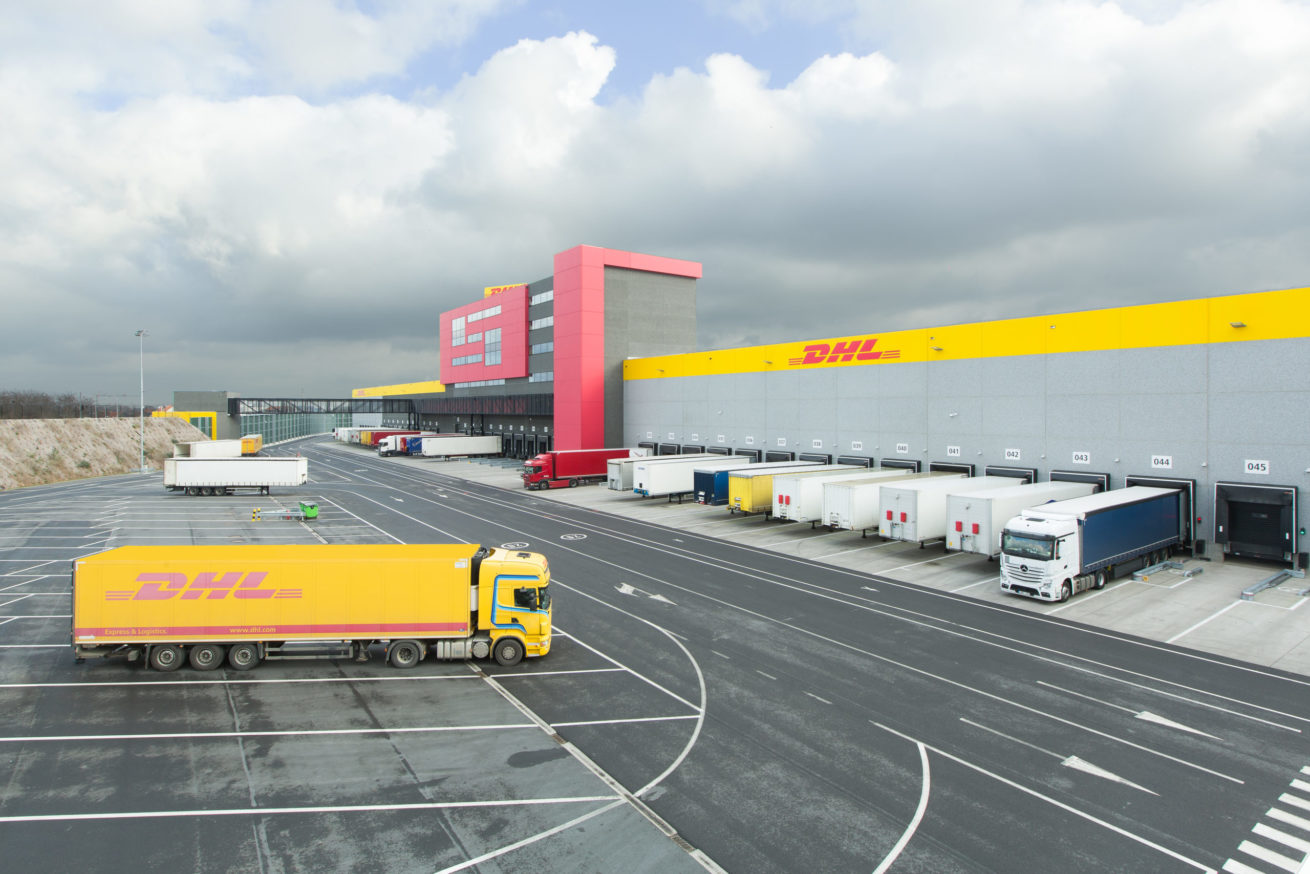 At the end of February, we had the great pleasure of being among the official guests at the opening of the DHL Express logistics hub in Brussels.

The facility, whose construction costs 140 millions euro is located on the territory of the international airport itself. This fact greatly shortens the time for shipment processing. In fact, a package can go from a loading ramp to a delivery ramp to the interior of the country in just 5 minutes.

During this time, the shipment is scanned and checked for dangerous goods, drugs and other prohibited items. Grouped with other shipments to the same destination and shipped for delivery to an end customer or other dispatch center by land or air.

The building has 60 loading ramps and allows to be processed up to 42,000 shipments per hour. Up to 12,000 shipments may be held for stays. The total area of the facility is 90 000sq. m. 30,000 are for the warehouse distribution center and 5000 for the administrative offices.

Considerable attention is paid to the use of rainwater, energy efficiency improvements and the reduction of lighting costs. A large part of the hub fleet is electric. Tricycles are also used for urban delivery in the heart of the town. All of these measures are part of DHL’s global strategy to have zero carbon footprint until 2050.

It is important to note that security is a huge priority. Employees are scanned when entering and exiting the building, and only a certain group of people have access to the track. In this way your shipments are in safe hands.

Photos from the entire opening are attached at the end of the article. The following lines describe the work of the hub and how the shipment is handled.

From here everything begins – a loading / unloading ramp to the runway at Brussels International Airport. After being unloaded from the aircraft, the containers containing the shipment are directed to the hub sorting section. There they are manually pulled out of the aircraft containers and hauled for processing. Most of the time the packages are moving along these conveyor belts. Interestingly, they are spread over 3 different floors one above the other and fully automated. From the top floor you can see some of the processed domestic transport orders. The center serves parts of France, Belgium, Holland and the Netherlands. These packages, which travel to more distant destinations, are loaded into new containers for the next airplane flight. It is important to note that every day around the world over 2400 flights are made by the company. This ensures that shipments will reach the impatient customers. Everything in the building is controlled by a single center. At any point in time, it is known where a shipment is located, who last touched it and where it should be moved. We can say that the opening event was spectacular and happened on the territory of the Hub. First there was a press conference with the main stakeholders – Ken Allen – Deutsche Post AG board member, Danny Van Hemte – Hub Hubte Director, Vice President of the Hub – Cohen Govellus and Arnaud Feist, Director of the International Airport in Brussels. They shared data, the reasons for building the new facility (the old one reached its maximum capacity) and short-term development plans (thanks to e-commerce). Then we were invited to a tour from where the above photos were.

Finally, there was an evening show built inside the building and the work areas. There was a three-language guides, dancers, guests and, of course, chatting conditions. The curtains rose. The dancers started dancing directly on the conveyor belts and so we started the new facility. 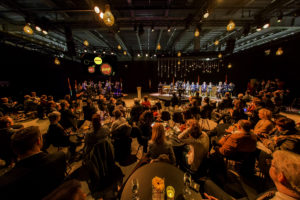 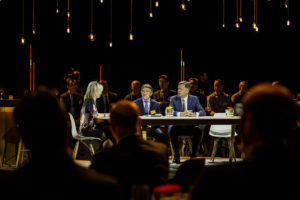 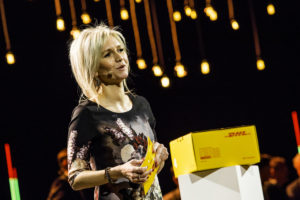 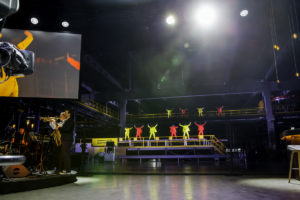 Attendees also get to know some of the innovations that DHL Express applies to meet the expectations and challenges of the market.

One of them is a robot that follows you as you walk. In this way your hands are free to perform other operations.

The other thing we’ve also been able to test is a virtual reality program that trains staff. It also sets the parameters for ordering shipments in containers. In this way, the learning process is very interesting, safe (because you do not pick up heavy objects) and realistic. The next day there were interesting lectures breaking e-commerce. The fact is that Express Group’s business is evolving on the wave crest from online stores. We live in the „now.“ Consumers are willing to pay more to get their goods within 24 hours. Here we are not talking about delivery within the country, but about international shipments and even intercontinental. 91% of consumers are looking for shipping options before buying from the store. 68% of the young (about 20 years) opt for the merchant because of the delivery options. 46% of abandoned consumer baskets are due to a limited range of delivery options. To sum up, we will say that the experience was more than interesting. Thanks to the DHL Express team of Bulgarian for the opportunity to tell you – readers how the world of supplies changes and what happens to your new smartphone once you leave the warehouse. We are saying that such a hub is also being built at Sofia Airport. It will work very soon so we will divorce you through it when it’s ready.